Col. C. D. Woolworth, widely known politician and prominent cattle and oil man, died Friday night, October 28th at 10:30. He was receiving treatment in the Shannon hospital in San Angelo, Texas at the time of his death. He had previously spent several months at Johns-Hopkins Hospital in Baltimore, Maryland. Col. Woolworth, who formerly was a resident of Lea county and of Jal, had been ill for the past several months. Col. Woolworth was well-known as a philanthropist.

Funeral services were held at Robert Massey Funeral Home in San Angelo, and were conducted by Rev. Foreman. A large and beautiful floral offering was presented.

Col. Woolworth was buried in the Fairmont Cemetery in San Angelo.

He is survived by five sisters, Misses Clara, Litie, Mae , and Elizabeth Woolworth of San Angelo, and Mrs. Watkins of Henderson, Texas; one brother, Dr. Woolworth of Shreveport, Louisiana and an aunt, Mrs. Litie Paxton of San Angelo.

Those who attended the services from Jal were Mr. and Mrs. Peter Bish, Mr. and Mrs. R. J. Wilson, Messers. Bill Danner, Johnny Stuart, Penn Combest, and M. I. Humphries. 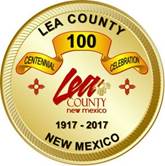